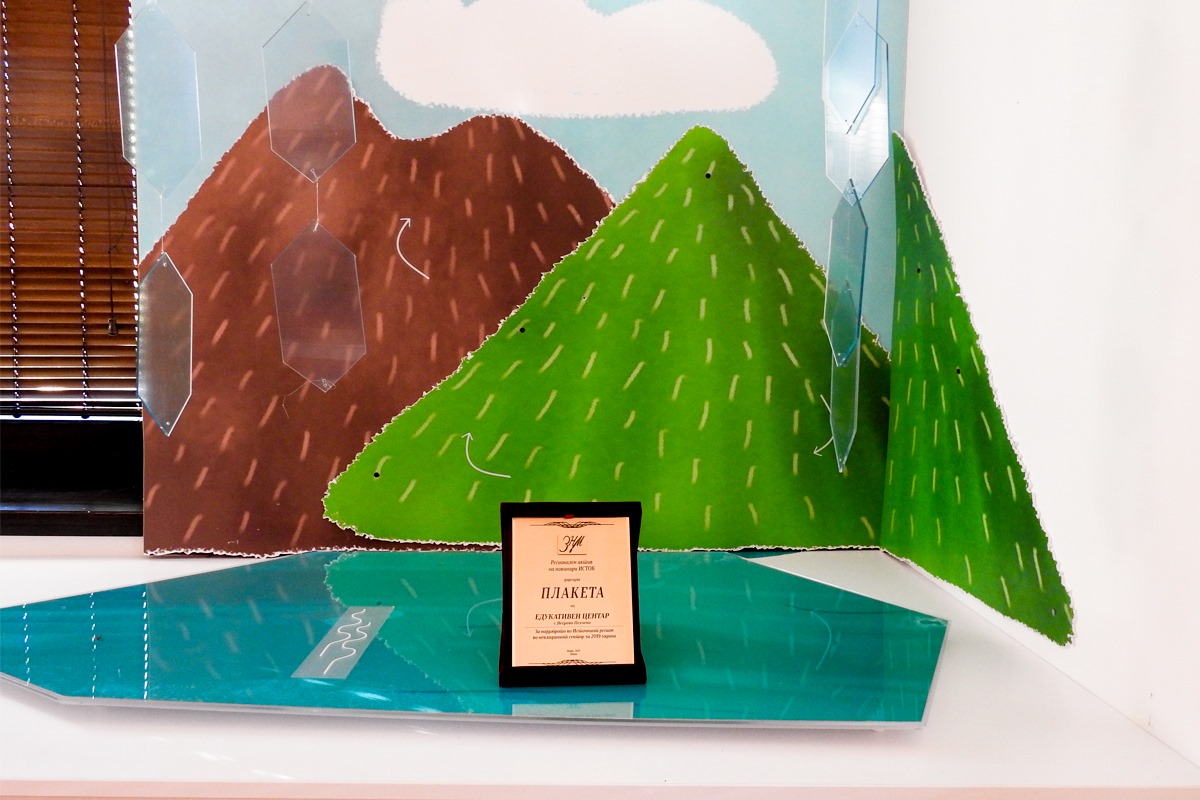 The Education Centre for Nature Conservation in the village of Negrevo is the winner of the award Best of East in the NGO sector for 2019 as an important institution which makes efforts to conserve nature of the Bregalnica region through education and raising public awareness, particularly for the youngest generations.

Last year, in addition to procuring equipment for the centre, we organised numerous creative workshops for different target groups, while this year, with the design of our own logo and visual identity, as well as the promotional campaign for the EC, we hope to contribute even more to popularization of the values we are promoting.

The Best of East awards have been awarded for six years now by journalists from the eastern region who are members of the Association of Journalists of Macedonia (ZNM) to economic organizations, institutions and individuals for achievements in different sectors for the previous year.

Verica Arnautovska from the Municipality of Pehcevo, head of the Negrevo centre, received the award on behalf of the Education Centre. The establishment of the Education Centre was supported by the Nature Conservation Programme in North Macedonia (NCP), project by the Swiss Agency for Development and Cooperation (SDC), coordinated by Farmahem.